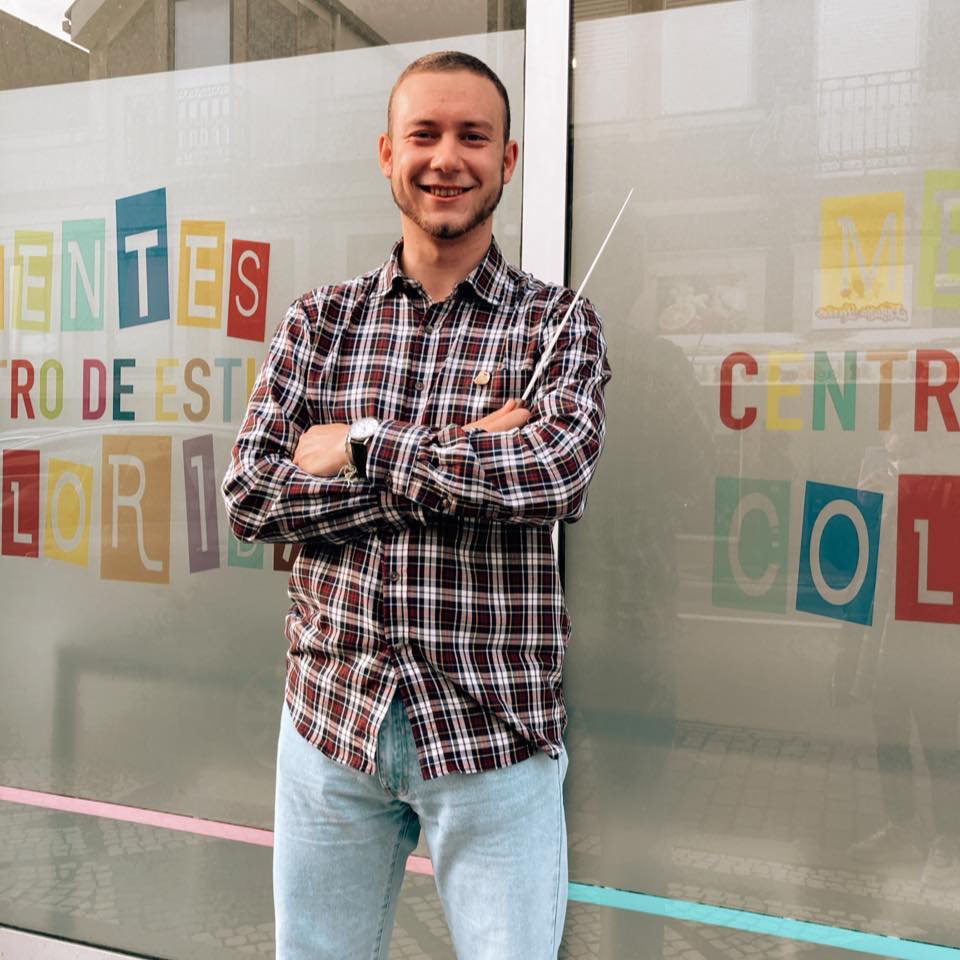 Flávio Oliveira, born and raised in Portugal, got his first private composition lessons with conductor Orlando Rocha. After this he attended a professional course in composition for wind and percussion instrumentalists, in Cinfães (Viseu), where he worked with Dr. Samuel Peruzzolo. In 2020 he decided to become a composer with his first processional march "Ao São Martinho do Campo" which he wrote for symphonic wind orchestra. During 2020 he reached with his repertoire wind orchestras from North to South of Portugal and even the islands. In 2021 he wrote his first symphonic work for wind orchestra "Njord". That same month he was appointed resident composer of the Associação Philharmonic Union Verridense. His repertoire includes various marches, such as street-, processional-, concert-, passodobles and larger symphonic works.